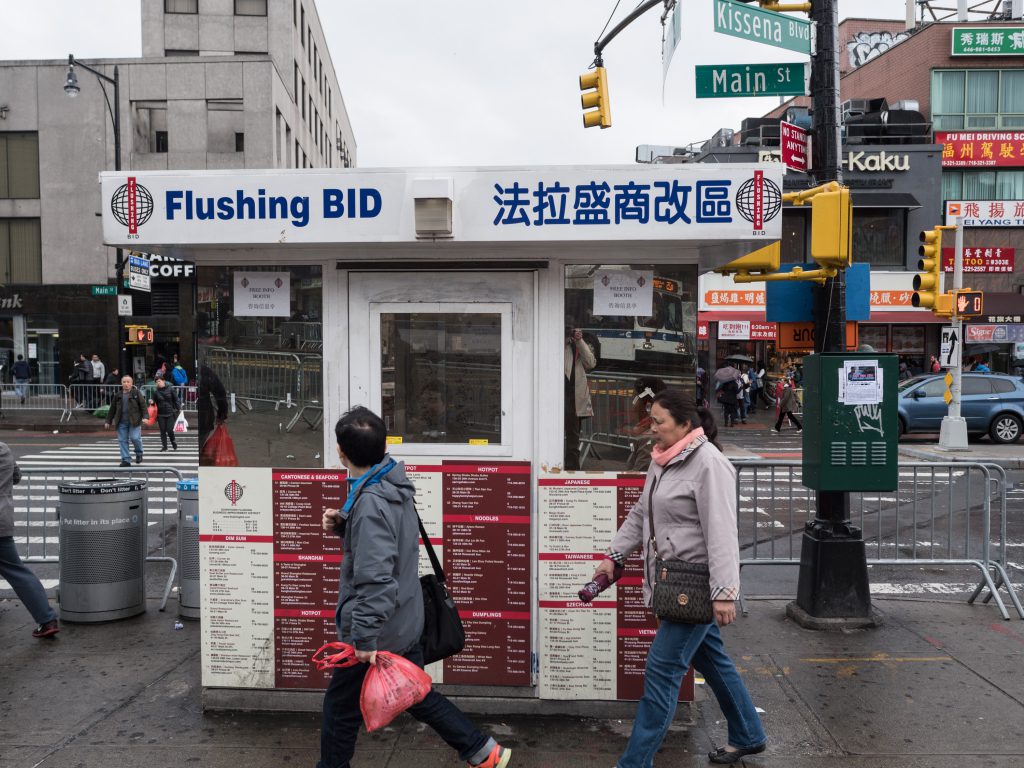 Flushing, Queens has got to be one of the most diverse neighborhoods in the WORLD. Located in the shadow of the Mets’ baseball stadium in northern Queens County, it is home to the second largest Chinatown in New York. The streets vibrate with people from all over East Asia: Korea, India, and mostly, the various provinces of China.

A couple of Sundays ago, a couple of friends and I made a pilgrimage to Flushing, which was like a day trip to Asia. First stop was the fabulous Queens Museum to see the famous Panorama, a 1/16th inch scale model of the New York City…the whole thing. It takes up a room the size of a gymnasium and the suspended walkway above the model makes you feel like you are in a helicopter above the Big Apple. 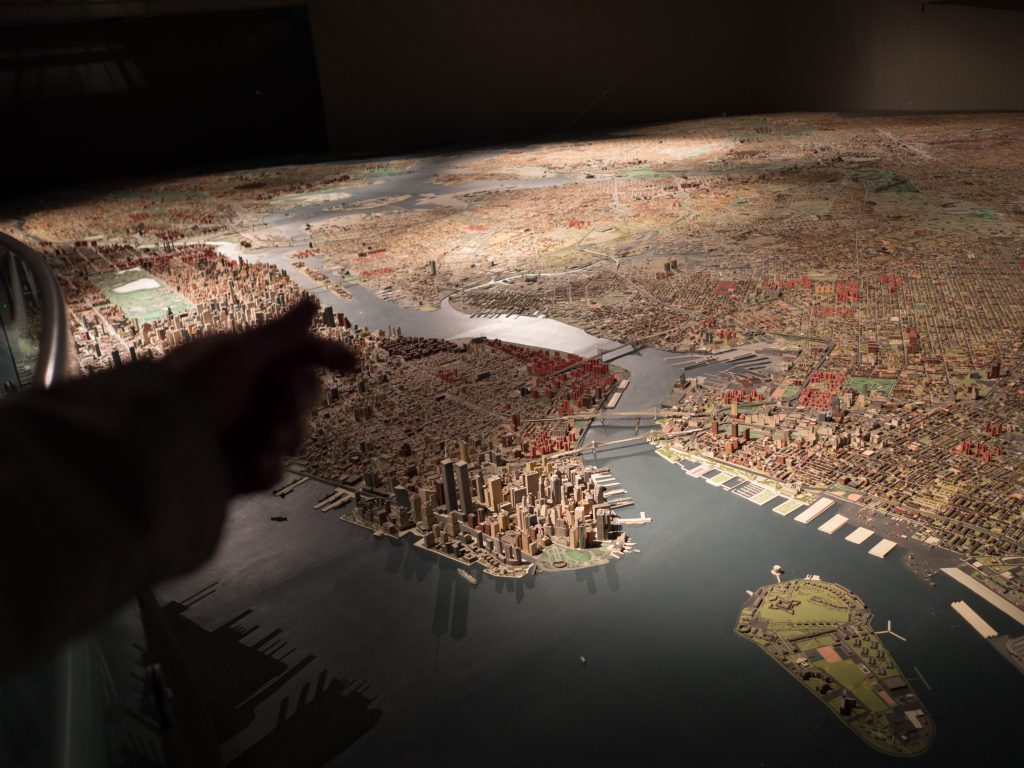 Next stop was the Ganesh Temple, a beautiful Hindu temple that follows the rituals of the South Indian tradition. It was ornate and reverential and a respite from the hub-bub of the streets outside.

Returning to Main Street, we looked for the main event — the food.

Over the next 5 hours, we ducked into food stalls, restaurants, and crowded basement malls that could easily be in Shanghai.

Passing produce stands with unusual fruits, we ate food at 7 different places, tasting Chinese flavors that I had never tasted before. We had 4 different types of dumplings, some spicy, some not, using ingredients that were a surprise, like lamb with summer squash. We had rules: one dish in each restaurant that we’d share (and not get too filled up), try new things, and ask questions. Three is the perfect number for grazing in Flushing because it’s easier to find seats in the small stalls and the dumplings come in multiples of 3!

Parking is difficult, though not impossible, and expect to be jostled by the good-natured crowds on the street.

A highlight, in the middle of the trip, was a stop at Fang Gourmet Tea for a Chinese Tea Ceremony, which was a quiet and subtle ritual, it was a great way to take a breather during the afternoon.