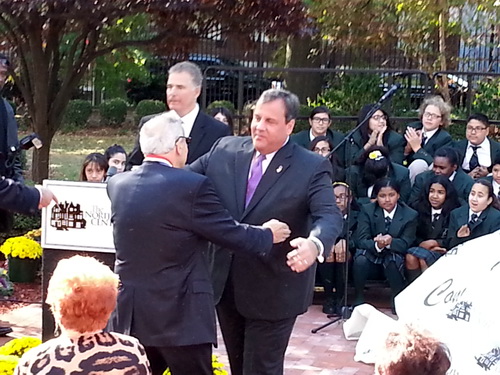 Today, in Newark, a statue was unveiled.  Big Steve reading to two little kids. It was a fitting tribute to a man who has never stopped believing in the people of Newark. Stephen N. Adubato, Sr., now 80, was honored by a slew of political dignitaries: Governor Chris Christie, Senator-elect Cory Booker, and former Governor, Jim McGreevey with speeches that almost all touched on the political acumen and perseverance of his larger-than-life character.