The New York Times ran a wonderful obituary of John C. Whitehead today. He died at age 92 after an amazing life. He is best known today for leading the effort to rebuild Manhattan after the terrorist attacks in September 2001. Governor George Pataki appointed him the Chairman of the Lower Manhattan Redevelopment Corporation. Before that he headed Goldman Sachs brokerage house on Wall Street, and was a Deputy Secretary of State under Ronald Reagan.

This D-Day veteran was also an Eagle Scout from Montclair. And, that is how I came to photograph him in the fall of 2003.  He  was being honored, with two others, as a long-time supporter of Camp Glen Gray, a 1000 acre wild camp in Mahwah, NJ. I was working on the effort to save the camp from development and to keep the camp as a home for Boy Scouts in northern New Jersey.  The effort succeeded and Camp Glen Gray is now a rustic park owned and managed by Bergen County.

Here’s my portrait of the three old scouts, John C. Whitehead, in red, Fred Blake and John McMullen, as they looked over the scouts setting up camp on the shore of the lake.  ©PHIL CANTOR 2003 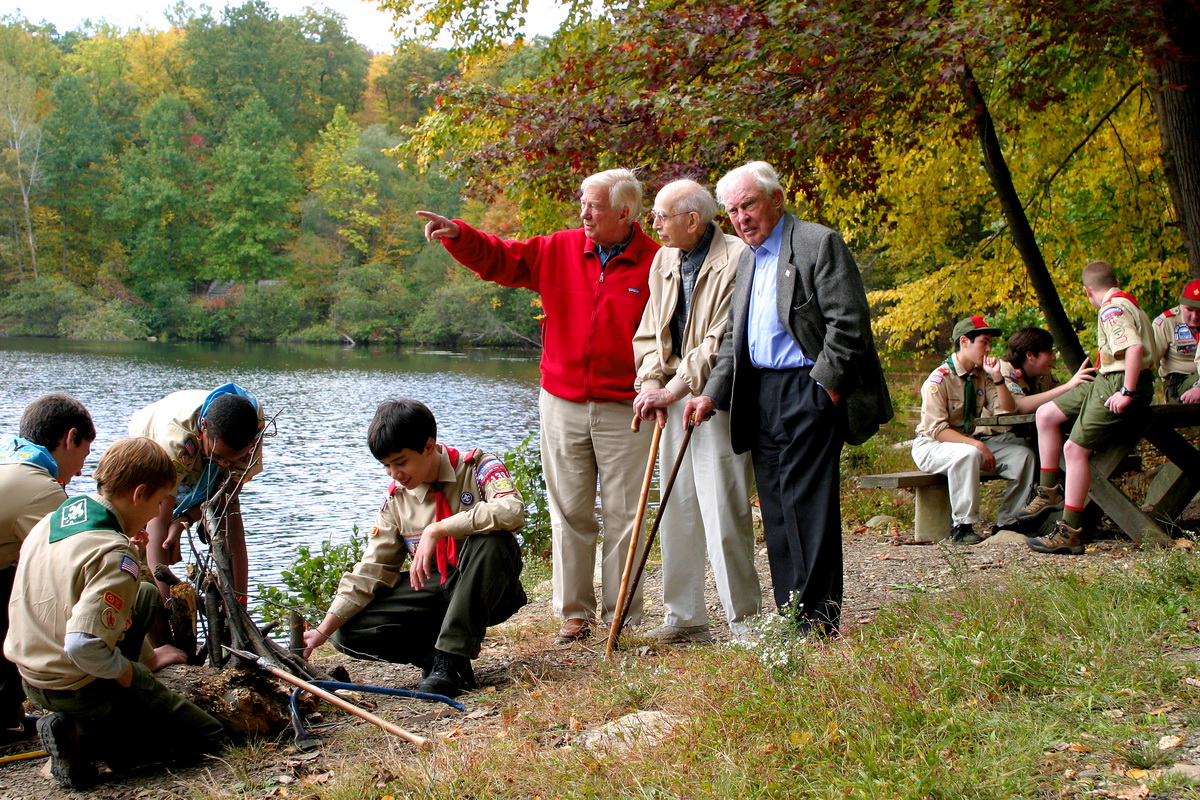 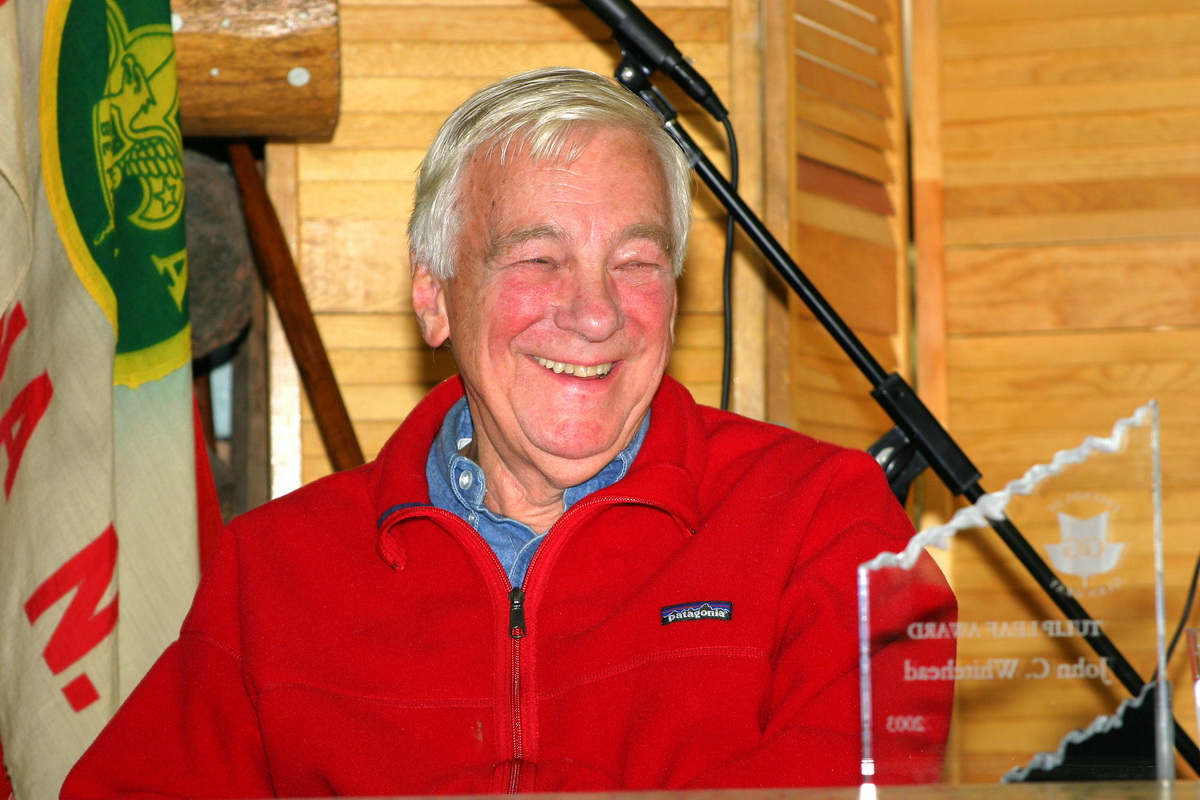