On a cold February night, I invited a group of intrepid friends to the studio to partake in a creative venture…Portraits in the style of the Great Masters. I sent out suggestions: dress up like one of Rembrandt’s (1606-1669) portraits, come as a patrician urbanite as painted by John Singer Sargent (1856-1925), or figure out how to look like one of Pablo Picasso’s (1881-1973) Blue Period portraits.

It was a blast. People bought costumes, raided their closet for bits & bobs, went to thrift stores, or just came as they were. It didn’t matter. It was a collaborative process between the photographer and the models. It was a combination of dramatic lighting and chutzpah.

There were a couple of Blue Period Picassos, a couple of Sargents, at least one Rembrandt, a Vermeer, and a Grant Wood.  Some came as famous painters.  Can you figure out who was who??? 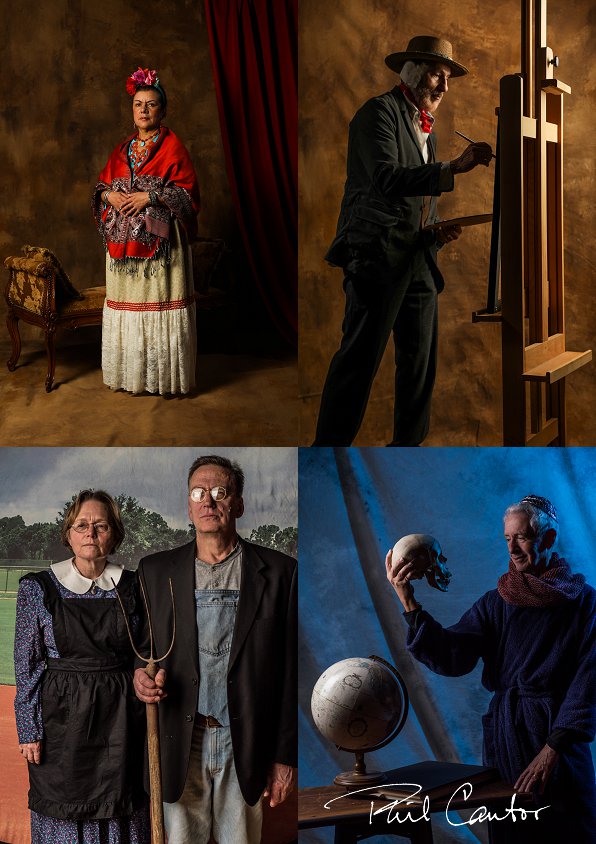 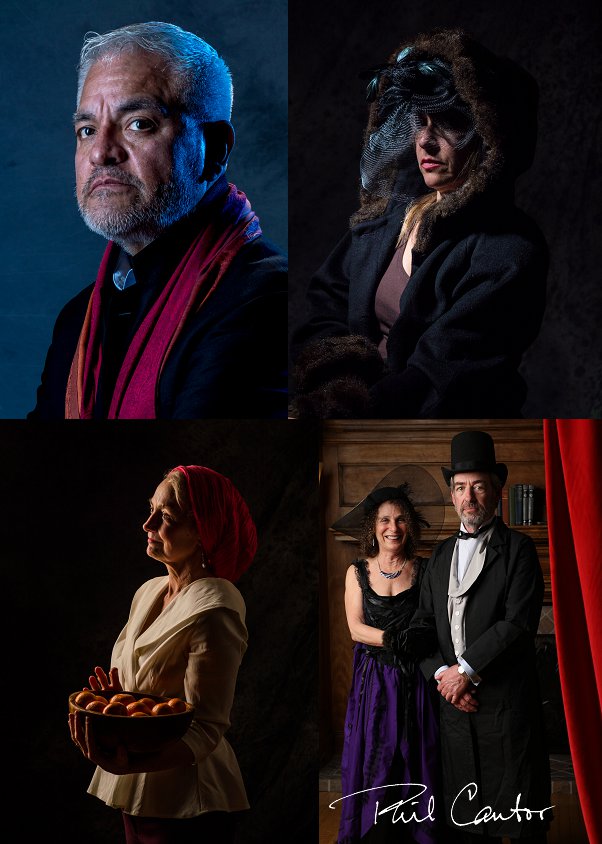