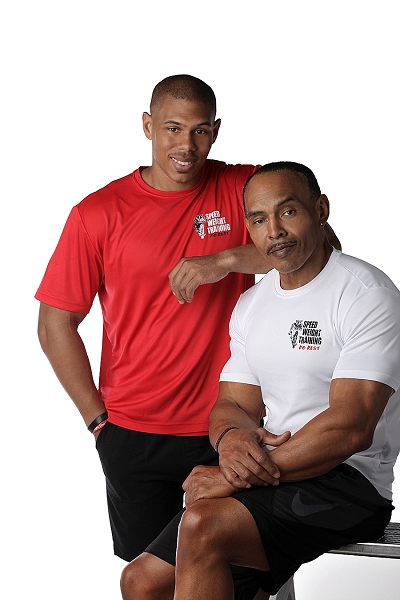 Recently,  Paul Davis, the owner of Speed Weight Training, wanted to update his website. His fitness studio, located just down the block from my own studio, at 20 Lackawanna Plaza, specializes in getting results in a shorter amount of time…the secret is in the name…speed and weight!

The goal was to create modern, stylish images that would reinforce the philosophy of Paul and his son, Kevin. We moved some gym equipment down the block to my studio, and I photographed the Speed Weight Training staff against my white seamless wall.

Incidentally, Paul came to body building late in life, after a career in law enforcement with the East Orange Police Department.

After being on the force for almost 10 years, Paul hadn’t worked out in a while and started to notice he was out of shape and didn’t have as much energy as he once did. He began working out again seriously at the age of 32 and was hooked for life. Within 3 years, he was ready to enter the world of competitive bodybuilding.