The Central Market (called “Nagycsarnok” which means Great Hall) is the largest and oldest indoor market in Budapest, Hungary. 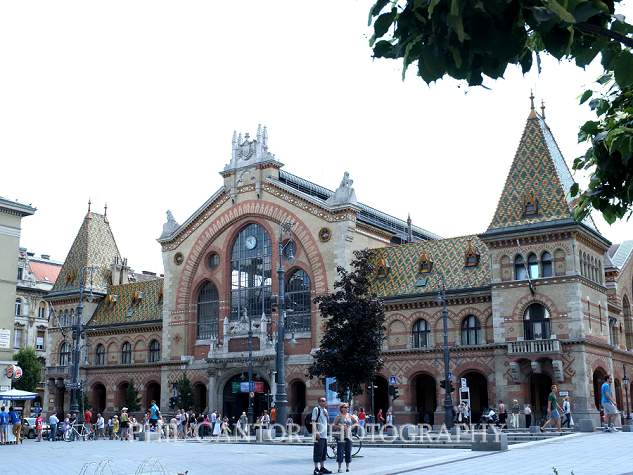 It is located on the Pest side of the Liberty bridge (Budapest is actually two cities: Buda and Pest).  The building itself is magnificent, built around 1900, it was destroyed during WWII and rebuilt in the 1990s.  The market is huge! The market offers a variety of stalls on three floors. 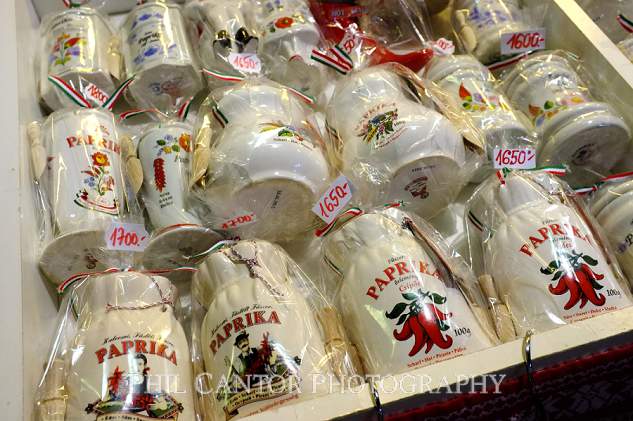 Hungarian cuisine is spicy, and the main spice is paprika, which you can buy everywhere. At Nagyscsamarnok, the paprika is targeted towards tourists like me, and they come in little white jars with miniature wooden scoops. Hungarians also treasure their spicy sausages, made with paprika. The string of sausages I bought was very similar to a Spanish chorizo. By the way, I fell in love with Hungarian Goulash. It’s a soup with chunks of beef in a spicy red broth, made with…paprika. I must have eaten it every other night.

The signs were all equally mysterious. Hungarian is a fascinating language. In the middle of Europe, there’s a language with letters that look like ours, but totally ununderstandable. There are no cognates with English. Not only was I not able to read this sign, I could not figure out what animal this hunk of meat came from (it’s a pork knuckle for 1,100 florints, or about $5).

I bought some sweet peaches and a bag of nuts to nosh on. Oh, and a tourist jar of paprika.