I was assigned to photograph Judge Maryanne Trump Barry for New Jersey Monthly magazine. The date was July 1994 and Judge Barry was, and still is, a Senior United States Circuit Judge of the United States Court of Appeals for the Third Circuit, based in Newark.  The Court of Appeals is right below the Supreme Court in the federal court system. 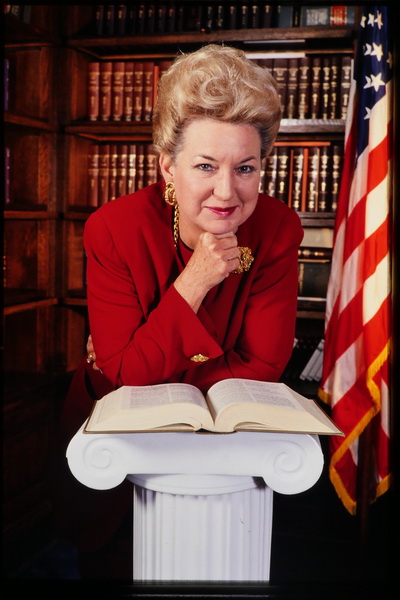 I had this great idea for the shoot: I found and bought a GIANT judge’s gavel, you know the ‘hammer’ judges use to say (in the movies) “Order in the court!” It was, like 3 ft long.

I lugged it down to Federal Plaza in Newark, along with all of my photo equipment and set up the lights in the corner of her office and waited for her arrival. When she came from the courtroom in her robes, she took one look at my cartoon version of a gavel and slowly shook her head ‘no’! I know I was taking a chance, so I brought out my Greek Column, and she was happy.

Behind-the-scenes view of the Judge’s chambers, filled with props, lightstands, and reflector cards. 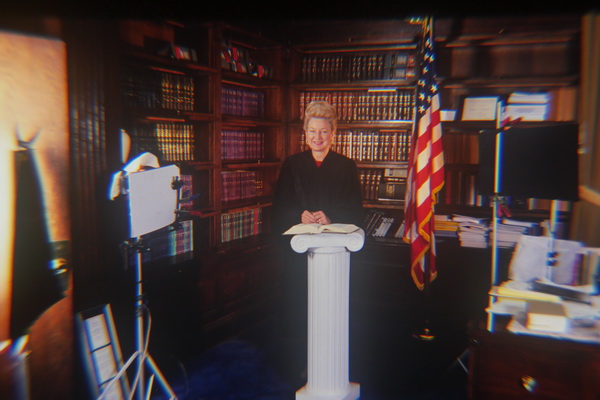