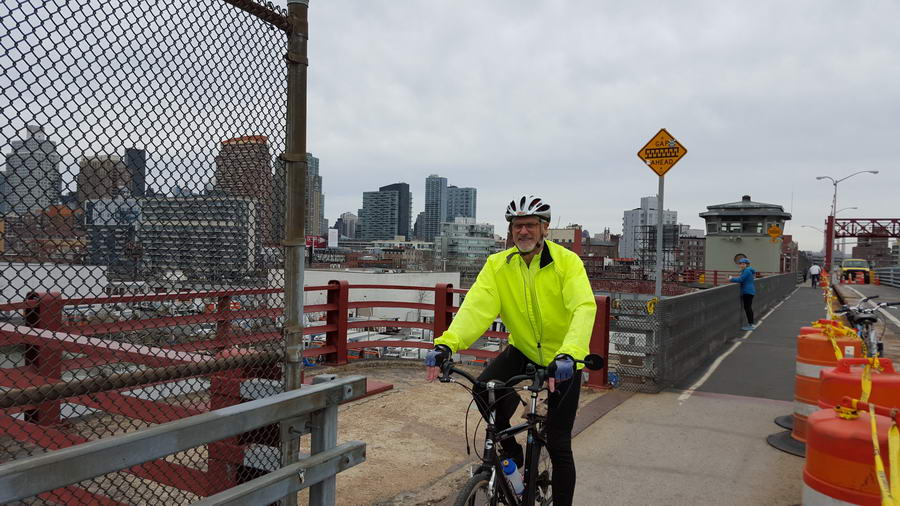 On a cool late winter Sunday, my brother, his wife and I left the safety of their brownstone in Park Slope, Brooklyn and headed towards the Williamsburg neighborhood. If you’ve seen the HBO show “Girls” then you know about the fast gentrifying neighborhood, with it’s over-latte-d, fedora-wearing guys with beards and plaid shirts, and skyrocketing rents.   The new system of bike paths was a welcome change from having to dodge cars. However, it was spotty in places, often obstructed by parked cars, and even a bit run-down already.

Here I am riding over the Newtown Creek, which is a “body” of water that separates Brooklyn from Queens.  The view from the Pulaski Bridge is spectacular…I didn’t expect to see sailboats moored along its length, more so because the waterway is a Superfund site (super polluted!) 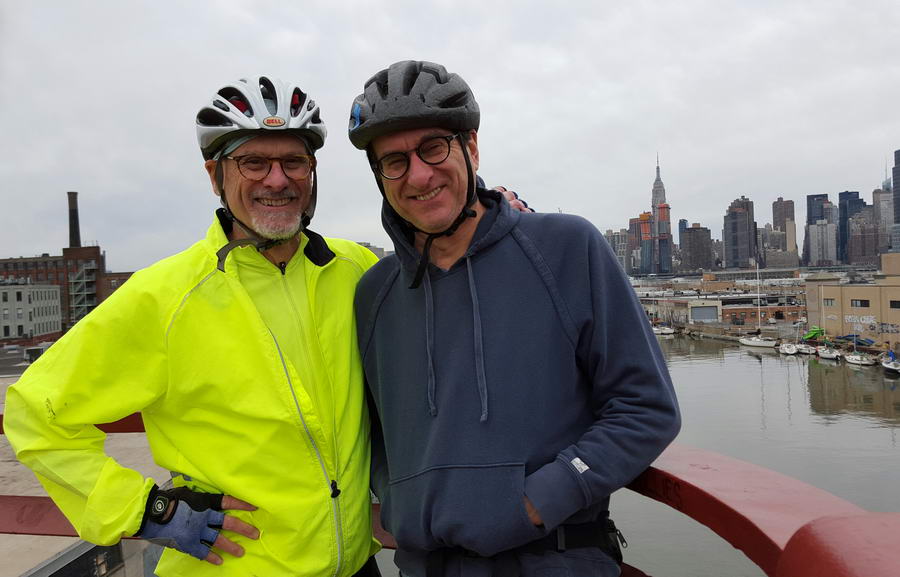 We also rode over to Roosevelt Island. It’s an odd community of high-rise buildings on an island in the middle of the East River (my bro used to live there) and we wanted to see the new park at the tip of the island called, “Four Freedoms Park,” named for the famous speech by Franklin Delano Roosevelt (that’s his head on the right).

We ended up in nearby Astoria, Queens and had a great seafood early dinner at one of the numerous Greek restaurants. After the calamari and shrimp, we rolled and carried our bikes up the stairs to the elevated subway and took the N train back to Park Slope. Quite civilized.