I awoke to the very sad news that Pete Seeger had died last night. I met Pete Seeger when he was 89, at his home in Beacon, NY. I had gone to his house, which looks down upon a magnificent vista of the Hudson, to photograph and film him for the Working Families Party, a cause that Seeger felt strongly about.

For me, Pete Seeger was a hero. Someone who sacrificed for what he believed in and worked tirelessly for progressive causes. I feel humbled to have spent one afternoon with this genuinely modest man who had respect for his audience, his country, his river, and his world. —Phil Cantor 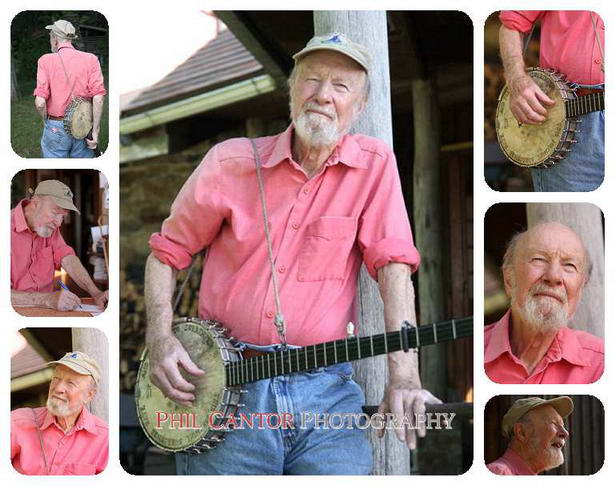