As President of the Montclair Business Improvement District, I’m a big booster of attracting out-of-town guests to shop, dine, and to visit our cultural institutions. Last week, Montclair was too inviting for one wayward visitor.

A 106 lb. male black bear (Ursus americanus), wandered onto South Park Street, a few steps away from Starbucks. I took these photographs in the grassy area between the last store and the first apartment building.  The Montclair Police Department had him boxed in and he was pacing back and forth. I joined the Deputy Police Chief as he awaited the arrival of New Jersey wildlife officers. 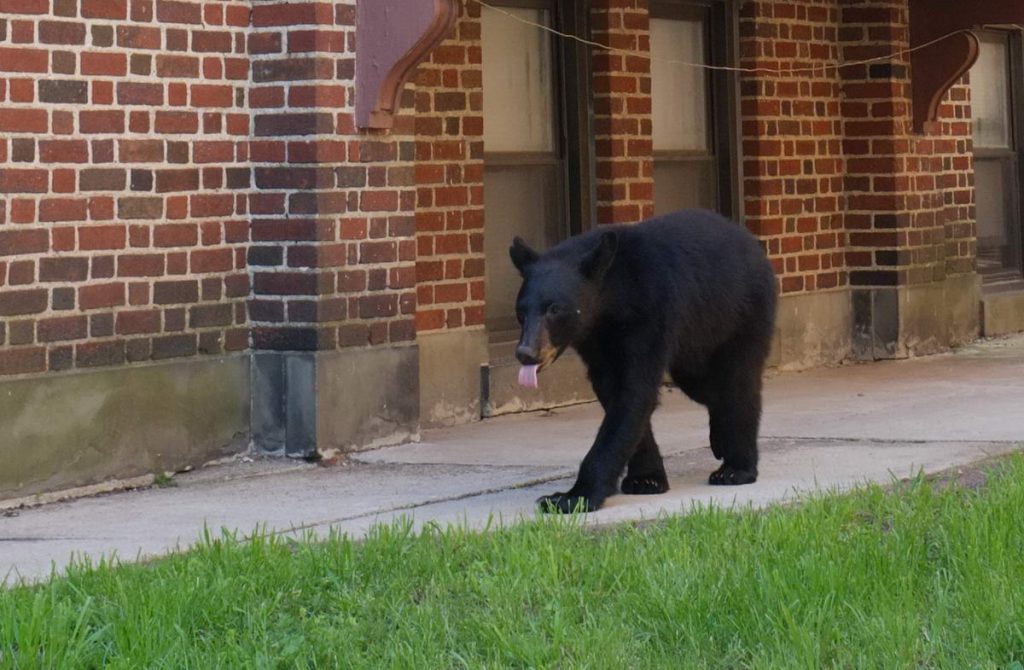 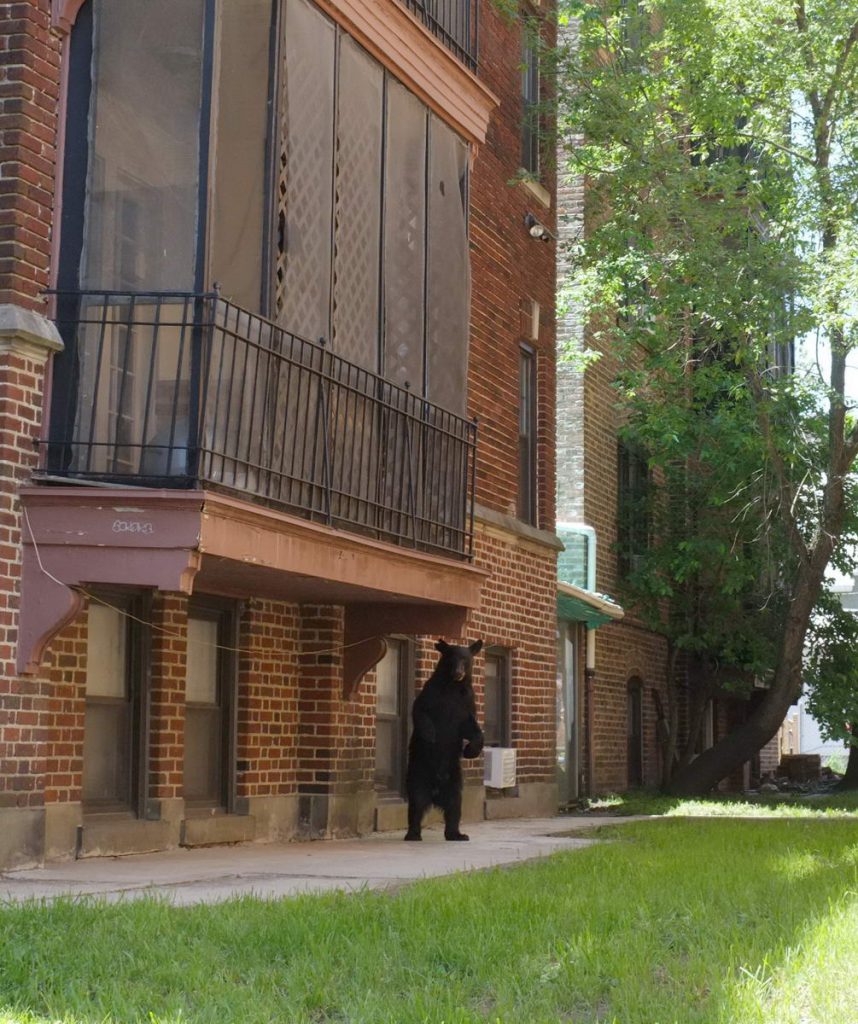 He stood up for about a second and happily I got a great portrait of him. He looks like a giant here but the balcony is very low to the ground. He’s about 4 feet tall, in reality.

After nervously pacing back and forth, he made a run for it and was later cornered in a backyard a few blocks away where he was tranquilized, captured, and released in western New Jersey