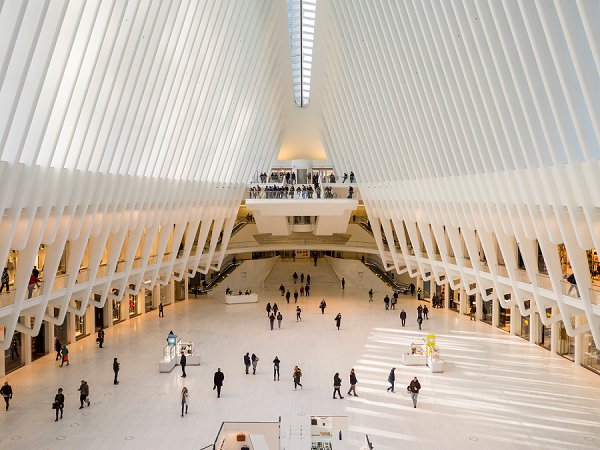 A few weeks ago, I was given a photo assignment at New York’s newest architectural landmark…the otherworldly Oculus at the World Trade Center. My client, Post Road Iron Works, manufactured the miles and miles of railings throughout the complex. 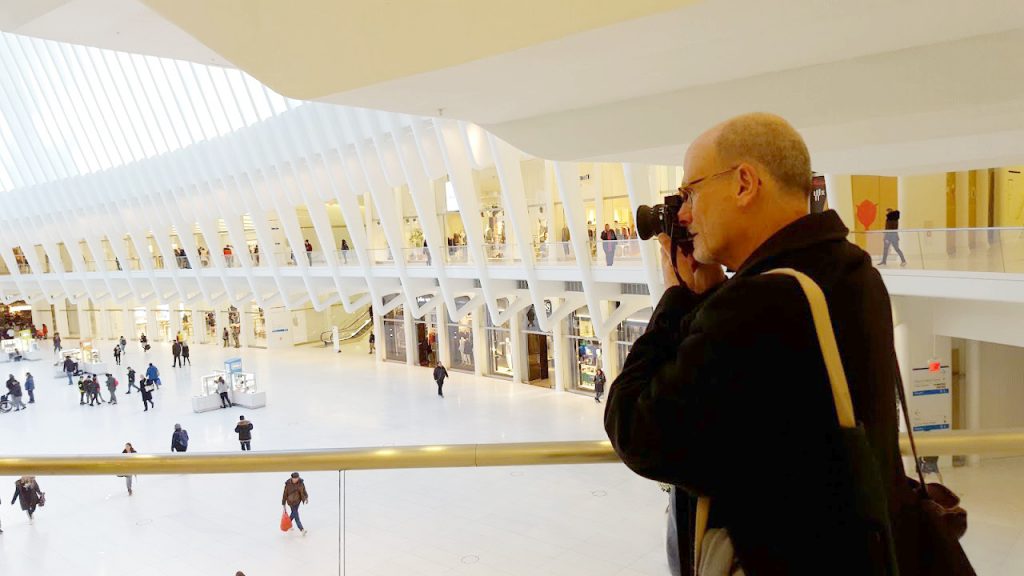 Completed in 2016, this architectural wonder is the new World Trade Center Transportation Hub. It is the most integrated underground pedestrian network in New York City.  The controversial building, designed by Spanish architect, Santiago Calatrava, has been described as a “bird taking flight”  and as the “inside of a whale.”

Photographically, the place is a dream. Everywhere you look is a great shot. The repeating “ribs” made for dramatic compositions. The strong contrast between the ceiling skylights and the structural elements created ethereal opposites.

The freestanding staircases and balconies undulate sensuously over the main floor, which is filled with high-end retailers and eateries.

At each end of the giant hall is a stair structure, nicknamed the “diving board,” that connects the second and third levels seemingly floating in the void without cables or other support.