I love stories like this that I stumbled upon today. In one of those dream scenarios, two brothers found a painting while cleaning out their late parents’ home in northern New Jersey. Neither brother wanted it and the sharp-eyed owner of Nye & Co. auction house in Bloomfield, New Jersey thought it warranted a closer look. 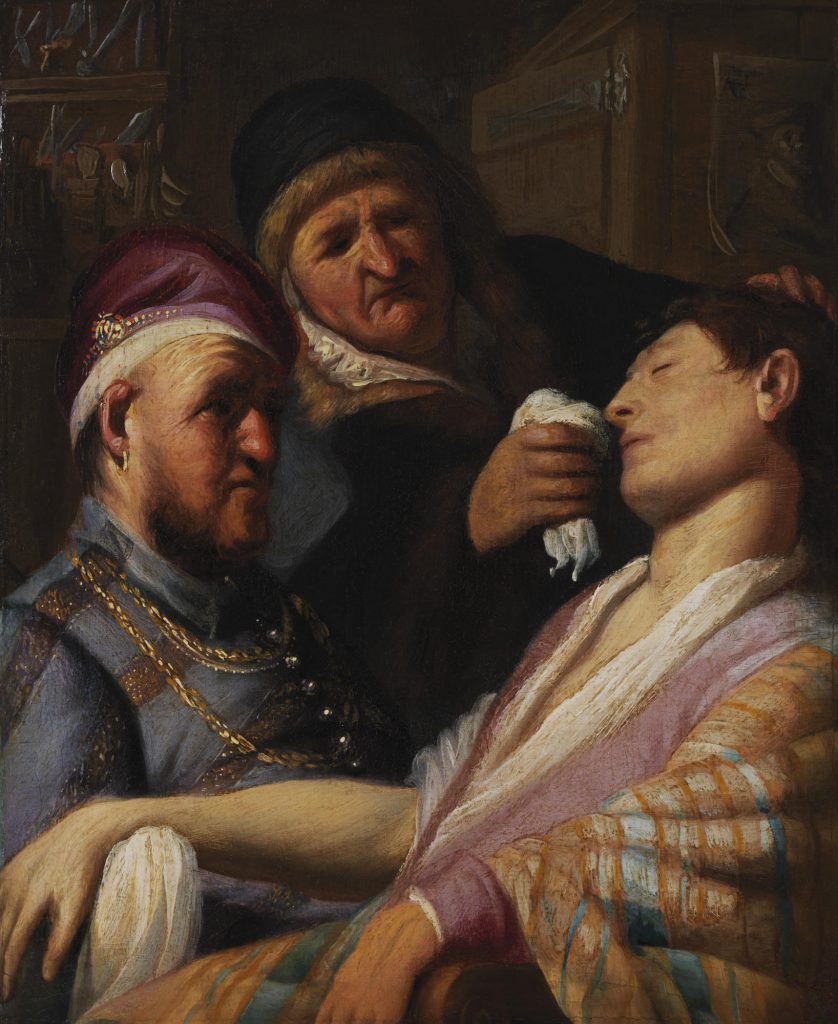 In this made-for-the-movies story, the painting turned out to be a Rembrandt. Called the “The Unconscious Patient (An Allegory of the Sense of Smell)” the New Jersey painting is among Rembrandt’s earliest known works, dating from 1624, when he was about 18. It depicts an unconscious youth receiving what could be smelling salts from one of two attendants.  The work of art stands just 9 inches tall. It was one of five pieces that the young Rembrandt created to depict the five senses.

The Los Angeles Times reports the painting, purchased by New York financier, Thomas Kaplan, at auction for around $1 million, is currently on display at the  J. Paul Getty Museum, in LA.

As a lover of the Dutch golden age of portraiture, as well as a portrait artist myself, I think this story is so wonderful and amazing. Those NJ brothers must be pretty happy.