The first photograph of a human!

Home » Blog » The first photograph of a human!
Previous Next

The first photograph of a human!

I recently posted the first selfie, now I’m posting the first ever photo of human beings! Do you see them? 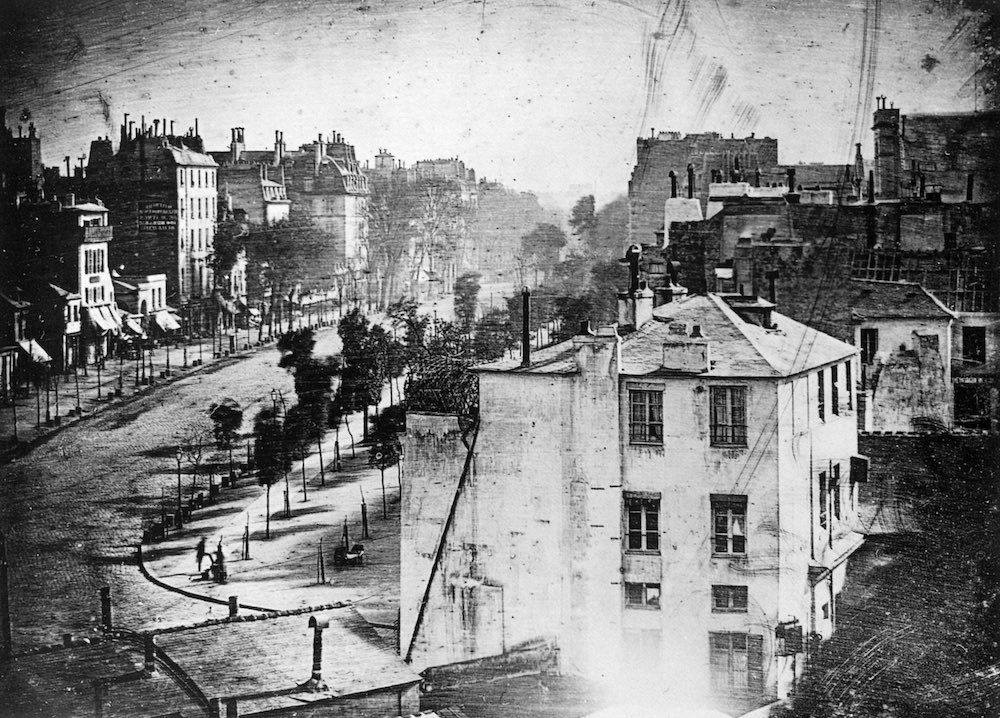 When this photo was taken (Louis Daguerre, 1838), it took upwards of 30 minutes for a single exposure. The only thing that could stand still for that long were landscapes. Any people who might’ve wandered through the frame would be moving too fast for the camera to register. But this particular photo of a street in Paris happens to capture a man getting his shoe-shined, meaning he remains more or less still for the entirety of the exposure. On the lower-lefthand side of the image you’ll see a clearly defined human form with his foot up, as well as the blur of the shoeshiner. Those two blurs are the first humans ever captured in a photograph!