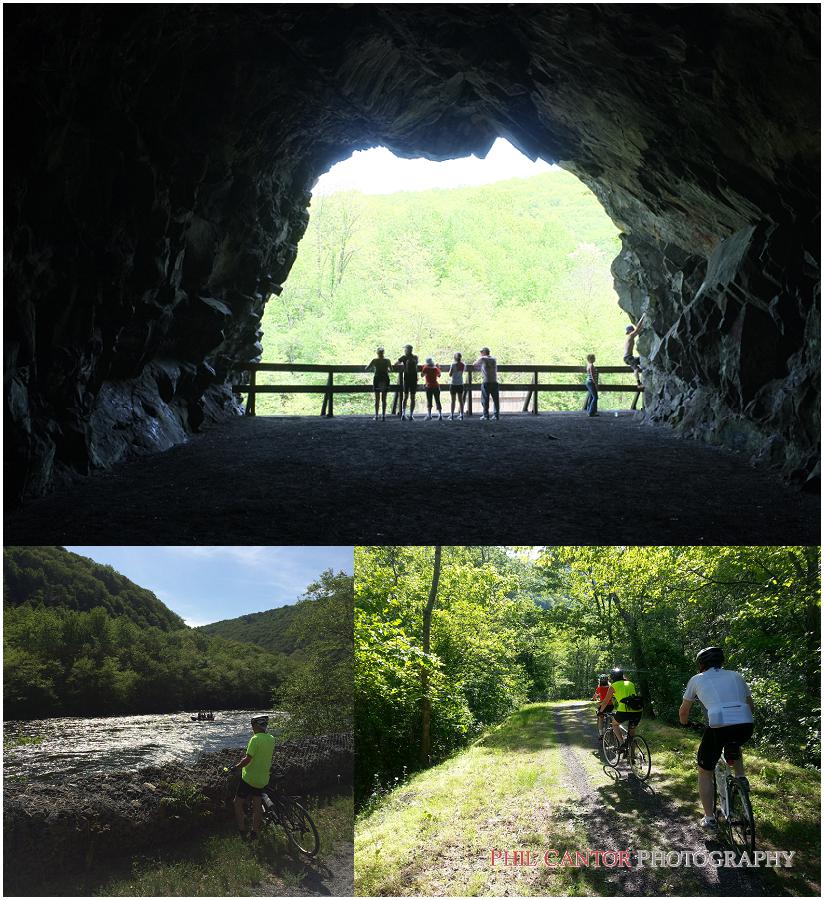 Strange name for a town. It’s original name was Mauch Chunk, which is quite a mouthful. Seems the city fathers were looking around for something better and the widow of the famous Native American athlete, Jim Thorpe, was looking for a place to build a monument to her late husband. Both sets of interest coincided and now there’s a town named for Oklahoma-born Jim Thorpe, who had absolutely no connection with Mauch Chunk.

It’s situated in a crease in the western Pocono mountains, where the Lehigh River makes a gorge. The town is nestled against the steep slopes of the mountains and it has become a tourist destination as the coal industry has disappeared. There is whitewater rafting on the river, a scenic railway and biking on the Lehigh Gorge RAIL-TO-TRAIL.

The cave is a leftover of an old train tunnel and the bike trail is on a narrow berm that lay between the Lehigh River and the Lehigh Canal.

The town is an eclectic mix of brick and wood Victorian mansions built by the coal owners on the higher slopes and the workers houses down below. I can report that the bike riding was beautiful and the food in town was superb…think gourmet and artisanal, but since it is Pennsylvania, the portions were large. No tiny little nuggets on a decorated plate here. 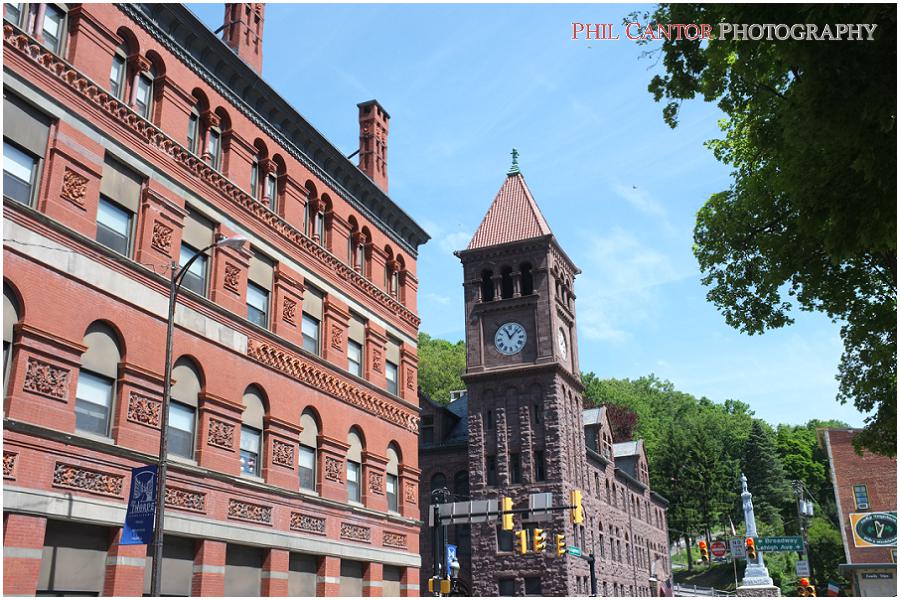